Oopsie…I missed a day!  I have a great excuse though– I was busy at a GenU event!  (GenU is the “young working professionals” group of United Way.)

So last I left off, we had boarded the overnight train to Nice!

I forgot one of THE funniest moments of the ENTIRE trip.  I will cherish these pictures forever:

What is going on here, you ask?  Oh, you know, Mom’s just stuck (literally STUCK) in the metro ticket machine!  I’m not sure which of you out there has been stuck inside a metro ticket machine in Paris, but for those of you that have, you know that once stuck….you can’t. get. out.

On our way to the train station, from the airport with our luggage, I got through the ticket machine…but my suitcase didn’t.  Those two slide glass doors went “SWOOSH” shut on my poor little suitcase, squeezing the living day lights out of it!  My stalwart suitcase– we’re going on 13 years together– was being crushed by the vicious metro ticket machine doors.  I yanked and yanked and kicked and kicked and couldn’t get my suitcase out of the doors!

My mom and I were, of course, laughing our heads off.  After about three minutes, enough was enough, and my mom decided to be smart about the situation by using her metro ticket in the same machine so that the doors would open, my suitcase would be freed, and she would come through with her luggage (rather than using her ticket to go through one of the other ticket lines).

Well….my crazy metro machine thought that my suitcase was person #1 and that my mom was person #2!!  So while I shrieked with glee and bent down to inspect my suitcase for damage from its life-threatening metro machine “hug,” I looked up only to see the doors now crushing my mom.  Now she was the one having her living daylights squeezed out of her!

While we laughed our heads off at our luck and the fact that now no matter how much she kicked or pushed or yanked or exerted force on the machine, she couldn’t get free, I also obviously dropped everything in search of my camera.  I HAD to capture the moment on camera.  Mom literally 100% stuck in a metro machine, with neither of us knowing any possible way to free her.

I literally thought I might pee my pants from laughing.  Fortunately, just as I got the pictures, a French man came up and rescued her.  I think he helped us because he thought we were crying out of fear that she was truly stuck there for forever (that’s honestly how hard those machines squeeze you)….but we were really both just crying from laughing so hard!

Anyways, on to Nice!

We spent a morning in Nice & a night in Nice, but the day in Eze, so I was torn about which place to right about first.  In the end I chose Eze!  So here we go!

(Ps. I am also torn that getting these pictures up so soon means I haven’t had time to edit them so they aren’t nearly as pretty as they could be.  Oh well!  Every single one of the 10,000 or so I took will hopefully soon be up on a website, edited to their maximum potential 🙂 )

When we were planning the trip, we knew we would be in the French Riviera for a few days, and I had asked my mom to research where she wanted to go.  I didn’t have much interest in going there, but she had wanted to, so I wanted her to choose the places she wanted to go to most.  Having a hunch that she wouldn’t get around to this, I did my own research and decided that my “must-see” place was Eze.

After coming back from the Riviera, I think my mom and I can both agree that Eze is the #1 “must-see” without a doubt, hands down.

We left for Eze around 1PM I’d say, after a few hours in Nice.  Eze-sur-Mer is the coastal village that you take the train to, from Nice, and it’s only about 15 minutes away, just on the other side of Cap Ferrat.  Once at Eze-sur-Mer though (which is really a 10×10 ft train station & a weird cabana bar), you have to wait for the bus 83.  And wait and wait and wait.

I was SO annoyed at the bartender in the cabana bar for not taking my mom and I’s order for water and the fact we had an hour long wait for the bus, that I considered turning around.  Fortunately, my mom has patience and convinced me that we could wait just a little bit longer and go see Eze.  She kept reminding me that it was at the top of my to-do list.

Finally we made it on the bus with some other tourists and took a somewhat unnerving, twisting, daredevil ride up the mountain to Eze Village.  When we first got dropped off, we didn’t see to much to be excited about.  After a short hike though up and into the village…..our jaws dropped.

There is absolutely no way pictures could ever do Eze justice.  It is a medieval fortress, a “perched village,” set high atop the mountains.  It is windy, cobblestone paths, going between shops built out of little caves and restaurants built into coves, and ivy-covered arches and tunnels everywhere you look.  It was honestly like something straight out of a movie, a fairy tale.  I couldn’t ever have imagined a place like Eze.  I don’t think there is another place on earth like it.  Eze blew me away. 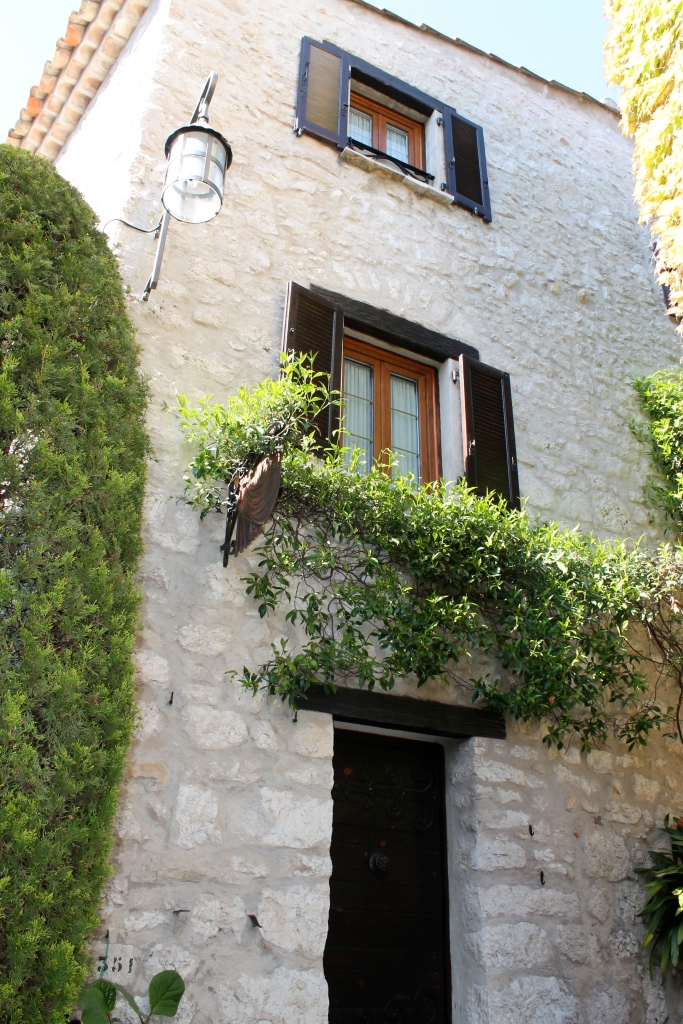 To top it off– the initial reason I had wanted to see Eze– is that the village offers the very best view of the Riviera.  From Eze’s “Jardin Exotique” (exotic garden…aka a cactus garden!! lol mom and I got some good giggles out of that!) you have almost a 360-degree jaw-dropping view. 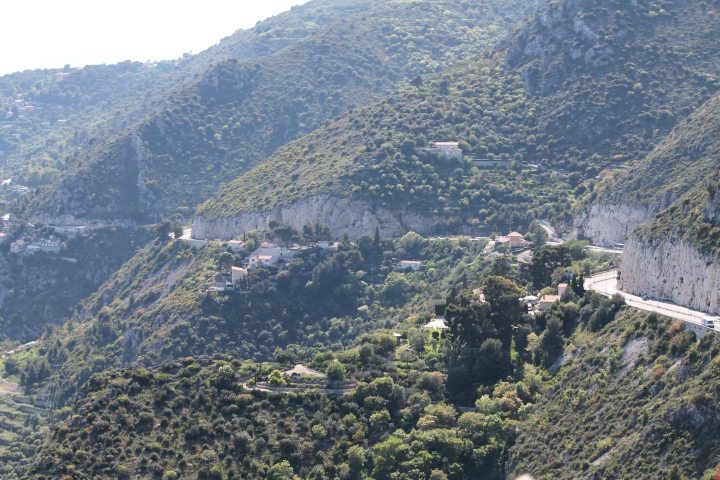 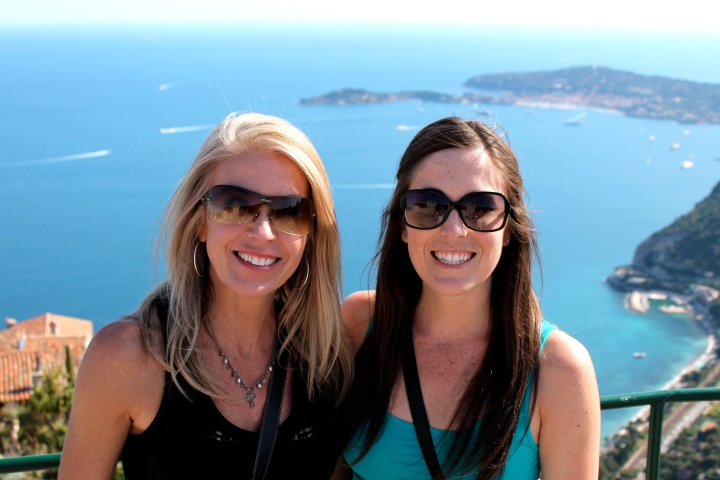 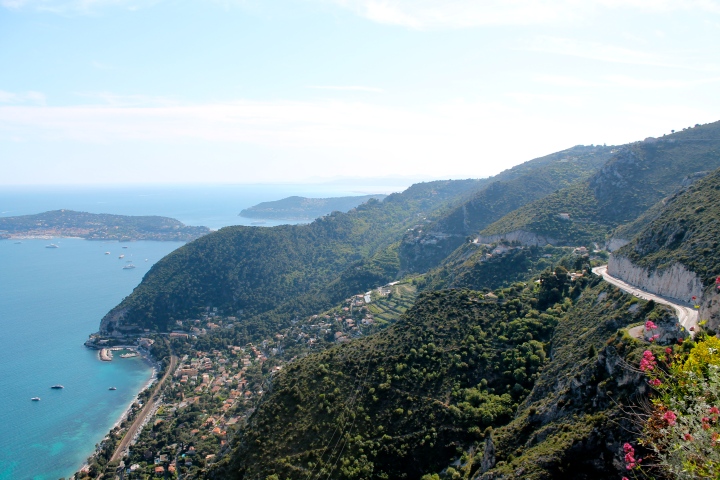 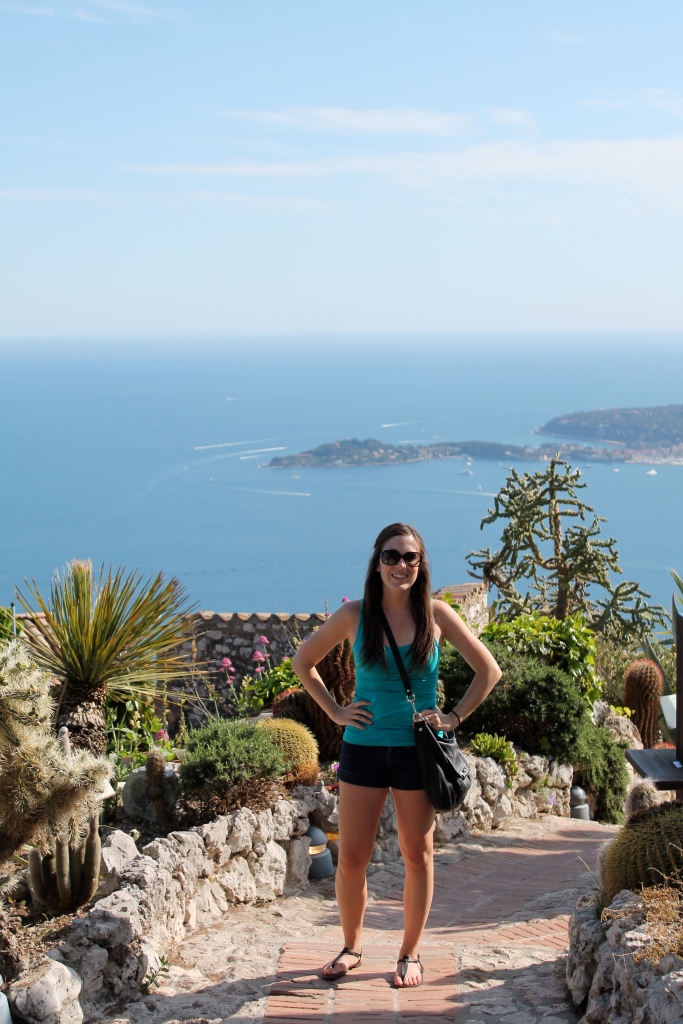 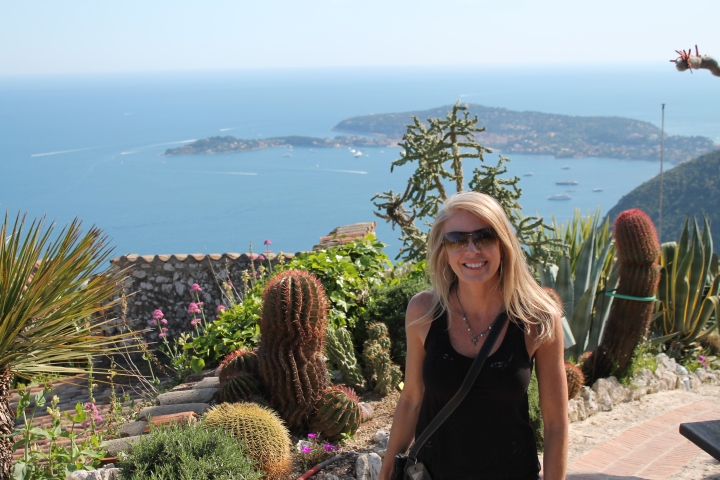 Again, the pictures don’t even come close to doing the view justice 😦  Still, I hope you can get a feeling for some of the beauty! 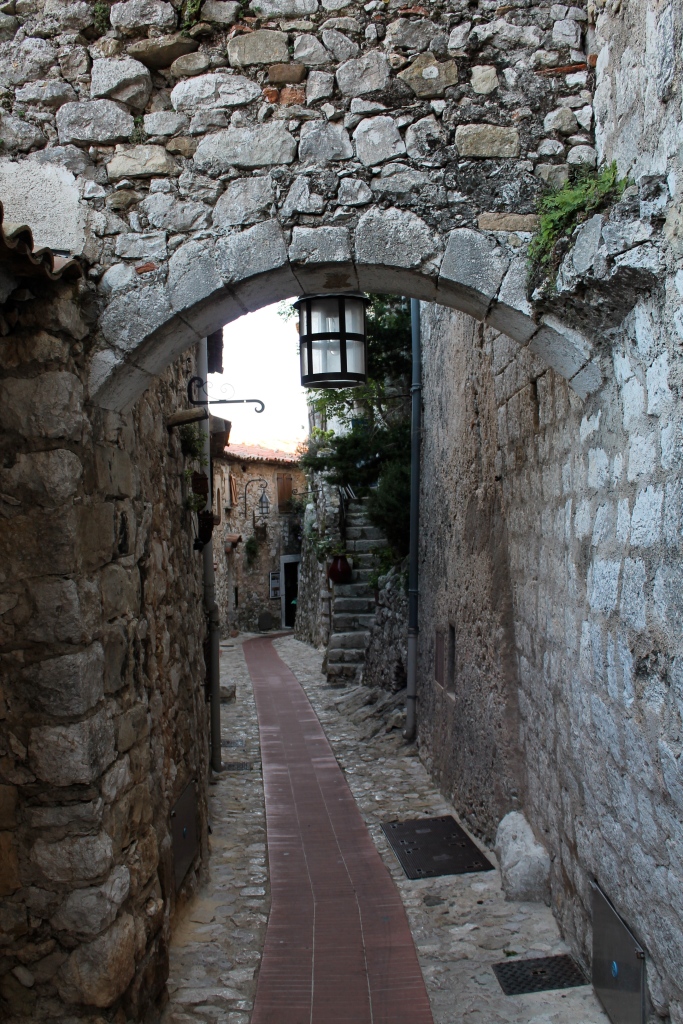 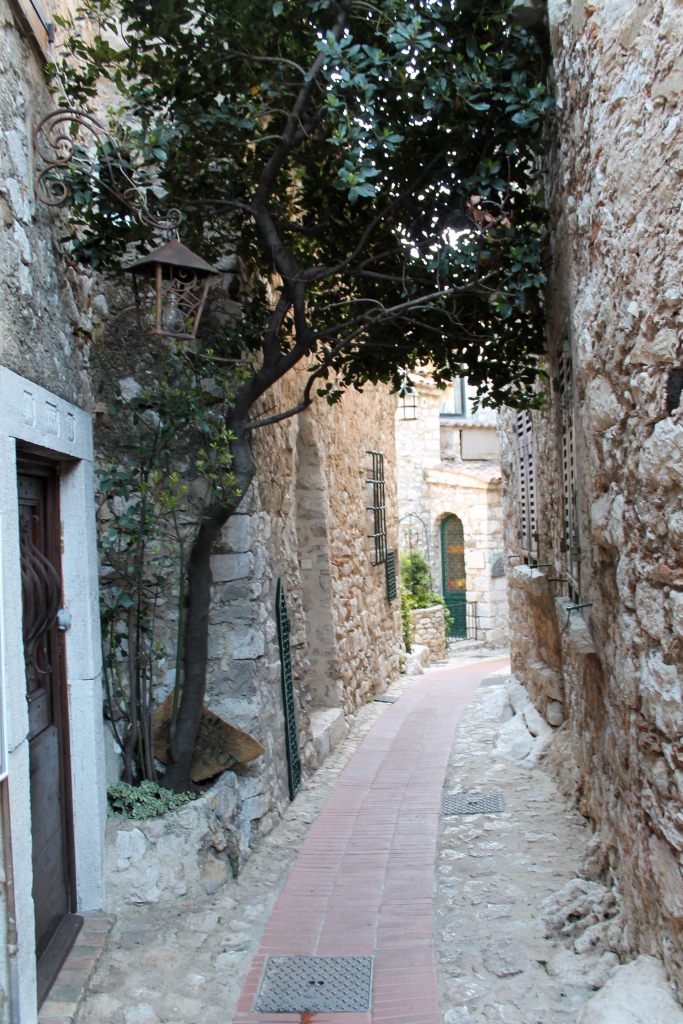 So that’s Eze for you!  Not exactly lots to do….but SO much to see!  It was definitely a highlight of the trip for both my mom and I.